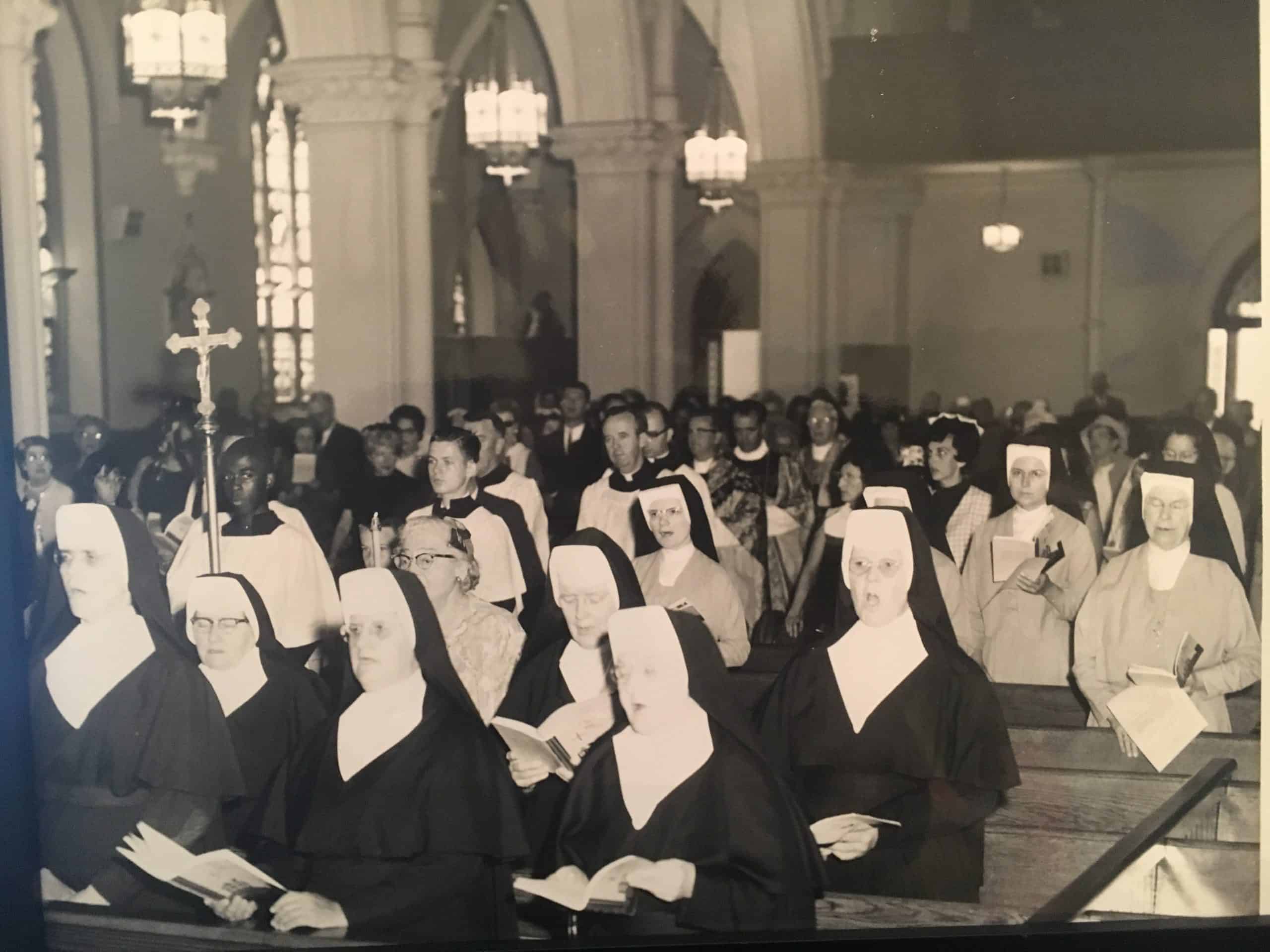 For more than 150 years, St. Joseph’s Roman Catholic Church has stood in the shadow of the Capitol Dome, at 313 Second Street, NE. Before there were buildings to house the Supreme Court, the Library of Congress or even office for America’s elected representatives, there were two institutions that stood side by side on Capitol Hill – the United States Capitol and St. Joseph’s Church.

Shortly after the Civil War, the growing number of German immigrants in our nation’s capitol found cause to create a parish of their own. On October 25, 1868, a jubilant crowd of 20,000 people, including the President of the United States, paraded past the Capitol and turned out to lay the cornerstone of St. Joseph’s. In his blessing, Bishop (the future Cardinal) James Gibbons of Baltimore, prayed that our one nation under God would be made stronger by the presence of this House of God.

The church was planned as a Cathedral of the German-speaking people living in the United States. The architect, being a native of Cologne, modeled the church after the famous Cathedral of that German city. Plans called for a Gothic church 70 feet wide and 145 feet long with a seating capacity of 1200 in the body and 140 in the choir. The spire was to be 200 feet. The foundation of red Seneca stone is seven feet thick. On the foundation was built the original church – a temporary frame structure in 1870. St. Joseph’s school was built in 1890 and was used as the church while the present structure was being built on the prepared foundation. The present church is built of brownstone from Hershey Pennsylvania and was constructed at a cost of $75,000, which included all interior appointments. The church was dedicated on January 18, 1891, by James Cardinal Gibbons.

Pastors of St. Joseph’s on Capitol Hill from 1868 to the present